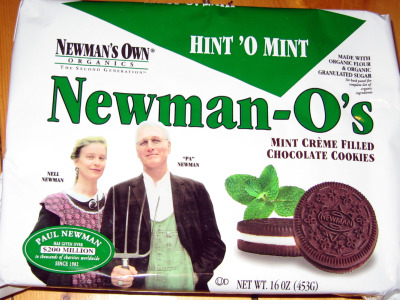 Some Dos Passos for you to marinate on:

Frederick Winslow Taylor (they called him Speedy Taylor in the shop) was born in Germantown, Pennsylvania, the year of Buchanan’s election. His father was a lawyer, his mother came from a family of New Bedford whales; she was a great reader of Emerson, belonged to the Unitarian Church and the Browning Society. She was a fervent abolitionist and believed in democratic manners; she was a housekeeper of the old school, kept everybody busy from dawn till dark. She laid down the rules of conduct:
selfrespect, selfreliance, selfcontrol
and a cold long head for figures.
But she wanted her children to appreciate the finer things so she took them abroad for three years on the Continent, showed them cathedrals, grand opera, Roman pediments, the old masters under their brown varnish in their great frames of tarnished gilt.
Later Fred Taylor was impatient of these wasted years, stamped out of the room when people talked about the finer things; he was a testy youngster, fond of practical jokes and a great hand at rigging up contraptions and devices.
At Exeter he was the head of his class and captain of the ballteam, the first man to pitch overhand. (When umpires complain that overhand pitching wasn’t in the rules of the game, he answered that it got results.)
As a boy he had nightmares, going to bed was horrible for him; he thought they came from sleeping on his back. he made himself a leather harness with wooden pegs that stuck into his flesh when he turned over. When he was grown he slept in a chair or in bed in a sitting position propped up with pillows. All his life he suffered from sleeplessness.
He was a crackerjack tennisplayer. In 1881, with his friend Clark, he won the National Doubles Championship. (He used a spoon-shaped racket of his own design.)

At school he broke down from overwork, his eyes went back on him. The doctor suggest manual labor. So instead of going to Harvard he went into the machineshop of a small pumpmanufacturing concern, owned by a friend of the family’s, to learn the trade of patternmaker and machinist. He learned to handle a lathe and to dress and cuss like a workingman.
Fred Taylor never smoked tobacco or drank liquor or used tea or coffee; he couldn’t understand why his fellow-mechanics wanted to go on sprees and get drunk and raise Cain Saturday nights. He lived at home, when he wasn’t reading technical books he’d play parts in amateur theatricals or step up to the piano in the evening and sing a good tenor in A Warrior Bold or A Spanish Cavalier.
He served his first year’s apprenticeship in the machineshop without pay; the next two years he made a dollar and a half a week, the last year two dollars.

Pennsylvania was getting rich off iron and coal. When he was twentytwo, Fred Taylor went to work at the Midvale Iron Works. At first he had to take a clerical job, but he hated that and went to work with a shovel. At last he got them to put him on a lathe. He was a good machinist, he worked ten hours a day and in the evenings followed an engineering course at Stevens. In six years he rose from machinist’s helper to keeper of toolcribs to gangboss to foreman to mastermechanic in charge of repairs to chief draftsman and director of research to chief engineer of the Midvale Plant.

The early years he was a machinist with the other machinists in the shop, cussed and joked and worked with the rest of them, soldiered on the job when they did. Mustn’t give the boss more than his money’s worth. But when he got to be foreman he was on the management’s side of the fence, gathering in on the part of those on the management’s side all the great mass of traditional knowledge which in the past has been in the heads of the workmen and in the physical skill and knack of the workman. He couldn’t stand to see an idle lathe or an idle man.
Production went to his head and thrilled his sleepless nerves like liquor or women on a Saturday night. He never loafed and he’d be damned if anybody else would. Production was an itch under his skin.
He lost his friends in the shop; they called him niggerdriver. He was a stockily built man with a temper and a short tongue.
I was a young man in years but I give you my word I was a great deal older than I am now, what with the worry, meanness and contemptibleness of the whole damn thing. It’s a horrid life for any man to live not being able to look any workman in the face without seeing hostility there, and a feeling that every man around you is your virtual enemy.

That was the beginning of the Taylor System of Scientific Management.
He was impatient of explanations, he didn’t care whose hide he took off in enforcing the laws he believed inherent in the industrial process.
When starting an experiment in any field question everything, question the very foundations upon which the art rests, questions the simplest, the most selfevident, the most universally accepted facts; prove everything,
except the dominant Quaker Yankee (the New Bedford skippers were the greatest niggerdrivers on the whaling seas) rules of conduct. He boasted he’d never ask a workman to do anything he wouldn’t do.
He devised an improved steamhammer; he standardized tools and equipment, he filled the shop with college students with stopwatches and diagrams, tabulating, standardizing. There’s the right way of doing a thing and the wrong way of doing it; the right way means increased production, lower costs, higher wages, bigger profits: the American plan.
He broke up the foreman’s job into separate functions, speedbosses, gangbosses, timestudy men, orderofwork men.
The skilled mechanics were too stubborn for him, what he wanted was a plain handyman who’d do what he was told. If he was a firstclass man and did firstclass work Taylor was willing to let him have firstclass pay; that’s where he began to get into trouble with the owners.
* * *
At thirtyfour he married and left Midvale and took a flyer for the big money in connection with a pulpmill started in Maine by some admirals and political friends of Grover Cleveland’s’
the panic of ’93 made hash of that enterprise,
so Taylor invented for himself the job of Consulting Engineer in Managment and began to build up a fortune by careful investments.
The first paper he read before the American Society of Mechanical Engineers was anything but a success, they said he was crazy. I have found, he wrote in 1909, that any improvement is not only opposed but aggressively and bitterly opposed by the majority of men.
He was called in by Bethlehem Steel. It was in Bethlehem he made his famous experiments with handling pigiron; he taught a Dutchman named Schmidt to handle fortyseven tons instead of twelve and a half tons of pigiron a day and got Schmidt to admit he was as good as ever at the end of the day.
He was a crank about shovels, every job had to have a shovel of the right weight and size for that job alone; every job had to have a man of the right weight and size for that job alone; but when he began to pay his men in proportion to the increased efficiency of their work,
the owners who were a lot of greedy smalleyed Dutchman began to raise Hail Columbia; when Schwab bought Bethlehem Steel in 1901
Fred Taylor
inventor of efficiency
who had doubled the production of the stampingmill by speeding up the main lines of shafting from ninetysixe to twohundred and twentyfive revolutions a minute
was unceremoniously fired.

After that Fred Taylor always said he couldn’t afford to work for money.
He took to playing golf (using golfclubs of his own design), doping out methods for transplanting huge boxtrees into the garden of his home.
At Boxly in Germantown he kept open house for engineers, factorymanagers, industrialists;
he wrote papers,
lectured in colleges,
appeared before a congressional committee,
everywhere preached the virtues of scientific management and the Barth slide rule, the cutting down of waste and idleness, the substitution for skilled mechanics of the plain handyman (like Schmidt the pigiron worker) who’d move as he was told
and work by the piece:
production;
more steel rails more bicycles more spools of thread more armorplate for battleships more bedpans more barbedwire more needles more lightningrods more ballbearings more dollarbills;
(the old Quaker families of Germantown were growing rich, the Pennsylvania millionaires were breeding billionaires out of iron and coal)
production would make every firstclass American rich who was willing to work at piecework and not drink or raise Cain or think or stand mooning at his lathe.
Thrifty Schmidt the pigiron handler can invest his money and get to be an owner like Schwab and the rest of the greedy smalleyed Dutchmen and cultivate a taste for Bach and have hundredyear-old boxtrees in his garden at Bethlehem or Germantown or Chestnut Hill,
and lay down the rules of conduct;
the American plan.
But Fred Taylor never saw the working of the American plan;
in 1915 he went to the hospital in Philadelphia suffering from a breakdown.
Pneumonia developed; the nightnurse heard him winding his watch;
on the morning of his fiftyninth birthday, when the nurse went into his room to look at him at fourthirty,
he was dead with his watch in his hand.

spare thoughts:
You don’t know what humans are like, you are only relatively sure that you are human