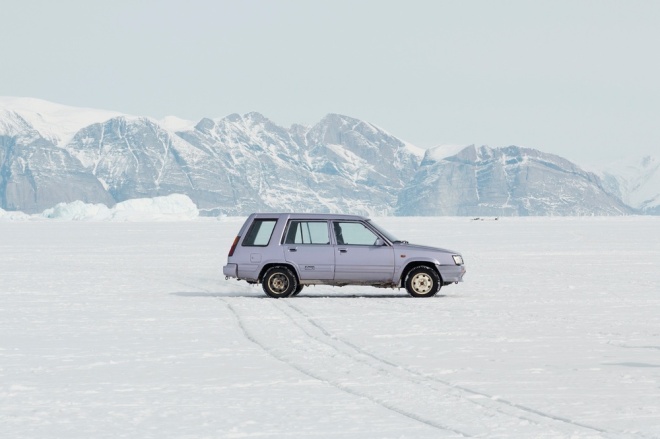 it has been a minute (time works differently in a one-way derelict medium). semirandom nugget from school-derived stuff.

Secret Donald excerpts
Secret Donald’s family painted outlines of him on walls and floors and couches like his memory murdered.

Donald left for work that day without finishing his prayers. No one could be sure what god he was aiming for. They left the words there like unwatched TV.

The painted outlines became a whole thing a mode of expression different colors different patterns different sizes. Nothing like Donald at all.

Gods were always stopping past on their summer vacations. Gods on their days off. No winged shoes. No makeup. No bright eyes. No pushup bras. No thunderbolts. They saw the halfsaid prayer and tried it on. Tried to pull it out of the stone. Some gods laughing, some gods shaking with effort. Some gods tried so hard to make the prayers theirs. Some gods just looked at it and said This prayer sucks I won’t hear it. But one god did that thing where he was obviously thinking about buying it and asking the questions you ask a salesgod. There wasn’t a salesgod just that same god imagining himself in a polo shirt. He pretended to get a phone call and walked out of Ithaca.

The prayer and the outlines existed and we gave fucks but not like quality fucks. Not the kind you give as gifts or burn as offerings.
A generation rose up unhappy with the outlines, constrained by even mutant memory not out of hatred but forgetting and because the outlines stained their beautiful tunics.

When the season for god tourism ended, Donald’s family took off their salesgod polo shirts and looked at the prayer and tried to finish. They tried every letter but praying wasn’t Scrabble.

The absence of Donald was like someone else’s money Squint at it all day, see where it gets you.

What if we just had one big outline? We could change it around seasonally Different colors different meanings. We could honor veterans. We could stand up to cancer.

At night Donald’s family would get shitty and work on the prayer. But the one who cared the most grew old and died. No one knew about the spreadsheet and they just kept unmaking.

We have to let Donald go to hold onto him or maybe we got it backwards.

Why does the outline even have to be Donald? At a certain point you have to consider his absence a desertion.

I mean I don’t know what the deal with Donald is either. He should have been home fifteen years ago. But we were not even waiting for him It was not his birthday. We were not going to jump out from behind the halfprayer and yell DUDE YOU MADE IT AROUND AGAIN and make him sit in the outlines and take pictures.

If they can’t have an outline of Donald, just burn the fucking place down.

Because the halfprayer got sacred they stopped looking at it. One day the youngest baby  knocked the prayer over, translated it into a different forgotten language. Who would ever know the difference?

The snow’s smile fell and it built unfinished churches on Ithaca.