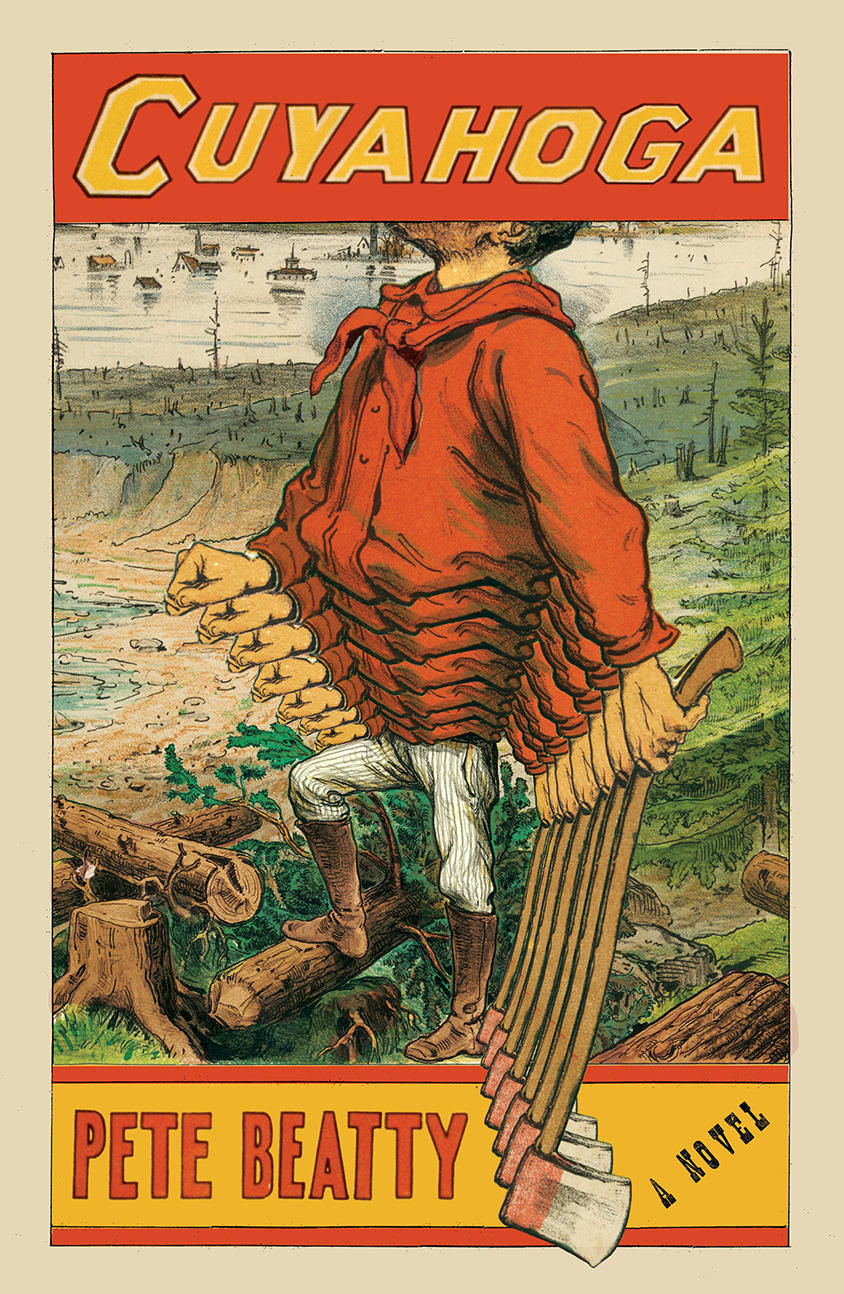 I am somewhat confused and entirely flattered that my book is coming out in this October from Scribner. Here are some nice things that fine people have voluntarily said about the whole situation:

“Cuyahoga defies all modest description: It’s deliriously fun to read: nonstop laughs, pages that whiz by, and a style that seems to gather up and beautify an entire history of American bullshit artistry… Cuyahoga is ten feet tall if it’s an inch, and it’s a ramshackle joy from start to finish.”
—Brian Phillips, author of Impossible Owls

“Pete Beatty’s glorious Cuyahoga is a booming hymn of history, a praisesong both somber and funny…This unlikely, beautiful novel sings with a heart as big as its subject, and with sentences that demand your complete and total attention.” –Jessica Anthony, author of Enter the Aardvark

“A work that manages to simultaneously deconstruct the tall tale while igniting its evolution…Beatty expertly bridges the gap between larger than life exploits and the molecular moments that make up human existence and significance.”
—Sergio de la Pava, author of A Naked Singularity and Lost Empress

“As comically genius as a Coen Brothers film; with narrative skill and voice as singular as Faulkner… Page by page, I felt like the top of my head had blown off: even the most seemingly thrown-away lines left me astonished at their efficiency and beauty.”
—Natalie Jenner, author of The Jane Austen Society

“…Cuyahoga is a steroidal frontier romp of whiskey and vernacular, a hundred boisterous souls fumbling to make their city a whole, and one humongous romance. In his rousing debut, Beatty has handed Cleveland a tall tale equal to its own ragged, enormous truth.”
—David Giffels, author of Barnstorming Ohio: To Understand America

“A great big American bouncy castle of a book—strange, exhilarating, hilarious and alive—and every sentence so perfect! An absolute delight.”
—Ben Loory, author of Tales of Falling and Flying

“…Cuyahoga is a singular feat of language and energized inventive storytelling. In Big Son, I met a mythic American hero, and in his brother Meed, a gifted, indelible raconteur… This marvelous tragicomic tale impressed upon my head and heart—twin joys.”
—Mitchell S. Jackson, author of Survival Math and The Residue Years

“An improbable, downright preposterous yarn ably spun and a great entertainment for a time in need of laughter”
—Kirkus (starred review)